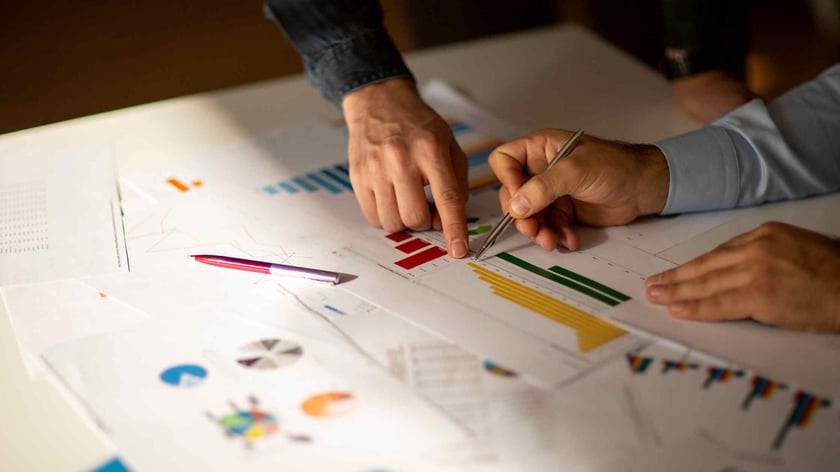 The National Federation of Independent Business was founded in 1943 and is the largest small business association in the U.S. The NFIB collects data from small and independent businesses and publishes their Small Business Economic Trends data on the second Tuesday of each month. The Index is a composite of 10 components based on expectations for: employment, capital outlays, inventories, the economy, sales, inventory, job openings, credit, growth and earnings.

As reported in the most recent NFIB November Jobs Report, “finding qualified employees remains a problem for small business owners with 89% of those hiring or trying to hire reporting few or no ‘qualified’ applicants for the positions they were trying to fill.”

Small Caps Continue to Outshine the Large Caps While Doordash and Airbnb Make their Market Debuts.

The major U.S. stock indices were on the way to new highs through the middle of the week, but then pulled back to finish the week in the red, except for the smaller-cap Russell 2000. The Russell 2000 moved up 1% on the week, its sixth consecutive week of positive returns and fifth consecutive week of outpacing the S&P 500, its larger-cap cousin. To further underscore a rotation of market performers, the Energy sector was once again the leader by quite a bit, as it jumped by more than 1% despite WTI Crude prices remaining somewhat flat on the week. Wall Street did celebrate the Initial Public Offerings of DoorDash and Airbnb on Wednesday and Thursday, respectively. DoorDash leapt 85% on its first day of trading and Airbnb leapt 100% on its first day.

There was continued positive vaccine news throughout the week, as the FDA approved the vaccine from Pfizer and BioNTech for emergency use and encouraging data was released by AstraZeneca and Johnson & Johnson. The positive vaccine news was accompanied by a lot of negative COVID news, however, including that daily U.S. deaths from COVID surpassed 3,000 for the first time. Further,  hospitalizations are up in many areas, causing renewed lockdowns and stay-at-home orders. The latest infection numbers were seen in weekly jobless claims, which jumped from 716,000 to 853,000. These numbers were much higher than expected and the highest in about 3 months. Continuing claims also rose from 5.5 million to 5.8 million, which stopped the streak of declining claims for the past 3 months as well.

In mid-November, the National Restaurant Association Research Group conducted a survey of thousands of restaurant operators in order to assess the economic impact of the COVID-19 pandemic.

Here are some of the key findings:

The National Restaurant Association estimates that as of December 1st, there are at least 110,000 eating and drinking places closed permanently. That’s 17% of the industry.

Here are a few more sobering statistics: on average, of the permanently closed restaurants:

At Buckeye Wealth, stay on top of all of this economic news and manage your portfolio with the level of risk that is right for you and your goals. Click below to find out what your risk number is.