The Fed's Surprise Rate Cut and A Little History 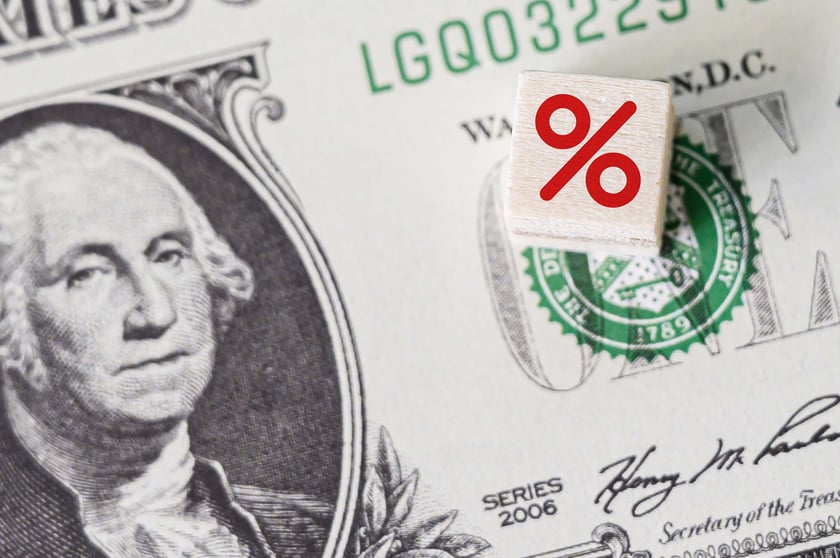 On Tuesday, March 3, 2020, the Federal Reserve cut interest rates by 50 basis points in an unscheduled Fed Meeting because of the coronavirus. The Fed did not have a regularly scheduled meeting for another two weeks, but felt the need to act immediately to help boost the economy and markets. This marks the first time since October 2008 that our central bank decided to go ahead with a cut in between scheduled policy meetings.

The rate cut, which is a half percentage point, lowered the current target range to between 1% and 1.25% and the decision was unanimous among the Federal Open Market Committee members.

In a prepared statement, Federal Reserve Chairman Jerome Powell said that the Fed considered the spread of the coronavirus to be a “material change” to the Fed’s economic outlook, thus justifying the rate cut.

Why Do Less than Half of Us Get the Flu Shot?

“Good morning. Earlier today, the Federal Open Market Committee announced a 1/2 percentage point reduction in the target range for the federal funds rate, bringing the range to 1 to 1-1/4 percent. My colleagues and I took this action to help the U.S. economy keep strong in the face of new risks to the economic outlook.

The fundamentals of the U.S. economy remain strong. The unemployment rate has been near half- century lows for well more than a year, the pace of job gains has been solid, and wages have been rising.

These strong labor market conditions have underpinned solid household spending, which has been the key driver of economic growth over the past year. At the time of our FOMC meeting in January, prospects for continued economic growth remained favorable, and we judged that monetary policy was well positioned to support that outlook.

Since then, the spread of the coronavirus has brought new challenges and risks. The virus has afflicted many communities around the world, and our thoughts and prayers go out to those who have been harmed. The outbreak has also disrupted economic activity in many countries and has prompted significant movements in financial markets. The virus and the measures that are being taken to contain it will surely weigh on economic activity, both here and abroad, for some time. We are beginning to see the effects on the tourism and travel industries, and we are hearing concerns from industries that rely on global supply chains. The magnitude and persistence of the overall effects on the economy, however, remain highly uncertain, and the situation remains a fluid one.

Against this background, the Committee judged that the risks to the U.S. outlook have changed materially. In response, we have eased the stance of monetary policy to provide some more support to the economy. Of course, the ultimate solutions to this challenge will come from others, particularly health professionals.

We can and will do our part, however, to help keep the U.S. economy strong as we meet this challenge. As always, our actions are guided by our Congressional mandate to promote maximum employment and price stability.

In the weeks and months ahead, we will continue to closely monitor developments and their implications for the economic outlook, and we will use our tools and act as appropriate to support the economy.

Thank you, I will be happy to take a few questions.”

Is the Fed Done Cutting This Year?

The Federal Reserve, once the institution that rarely spoke, sure seems to find itself in the news a lot this year. Remember the Fed’s actions of the past 8 months, including:

At the end of October, the Fed cut interest rates for the third time.

The Fed has a regularly scheduled policy meeting on March 17-18 and Fed-watchers are expecting another interest rate cut. In fact, according the CME Group’s Fed Watcher Tool, the market is pricing in the probability of another rate cut at 100%.

By most accounts, this is just the eighth surprise rate cut by the Fed since the end of the 1994 and some of the other surprise cuts came during equally troubling times, including:

What Can We Now Expect?

Remember that disclosure that reads: “Past performance is no guarantee of future results?” Let’s hope that stays true this time.

When the Fed Cuts Three Times

In the past 25 years, there were four periods when the Fed cut rates three or more times (not including the recent string of cuts). According to data from Kensho, an artificial intelligence data gathering platform, when the third cut was the last cut, stocks got a healthy boost in the following year.

But when the third rate cut was not the final rate cut and was followed by a fourth, fifth, sixth, seventh, eighth, ninth and tenth (and once even an eleventh), stocks tanked.

Everyone Should Have a Financial Advisor, Even You

More Than Three Cuts Have Stunk

There have been times when the Fed just kept cutting rates.

It should also be noted that: