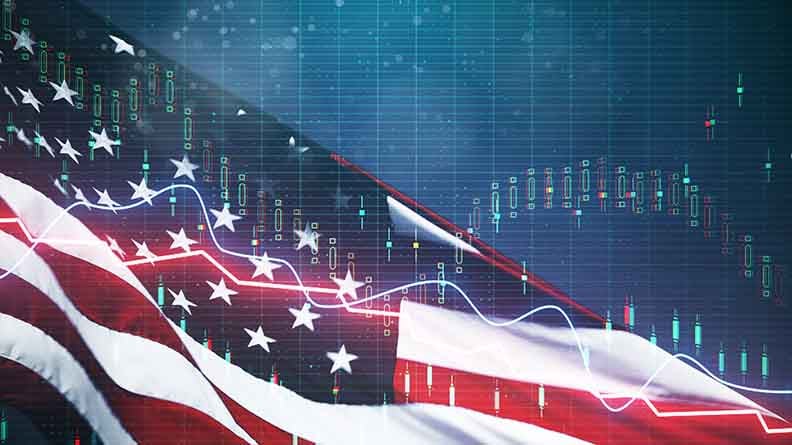 Yes, COVID-19 has reshaped consumer habits and the retail industry, but...

In January of this year, Pier 1 announced it would close about 450 stores. Then a month later, Pier 1 filed for Chapter 11 bankruptcy protection as it searched for a new buyer. Then in May, they announced they were seeking bankruptcy court approval to begin an “orderly wind-down following the government-mandated closures during the COVID-19 pandemic.”

Last year, consumers saw about 20 big retailers enter bankruptcy – including Payless, Barneys New York, Beauty Brands, Gymboree and Forever 21 – as close to 10,000 stores were closed. And the retailing bankruptcy trend so far in 2020, exacerbated by COVID-19, is worrisome:

The U.S. Department of Labor estimates that there are 4.8 million people working directly in the retail industry, with that number expected to decline by 2% by 2028 due to “competition from online sales [that] will lead to employment declines in brick-and-mortar retail stores.”

Well, COVID-19 might push that 2% estimate even higher. Or it could be that the retail industry is much more resilient than the headlines might suggest?

Investors can monitor retail sales in the aggregate by following the Commerce Department’s Retail Sales Report, released monthly. The Report is released mid-month, with data for the previous month’s sales and it tracks merchandise sold by both traditional, brick-and-mortar stores and by non-store retailers (like mail catalogs and even vending machines).

Data for Internet retail sales (e-commerce) are also included. And despite what you might think, surprisingly e-commerce only accounts for less than 10% of total sales. Will this number increase over the next few years? For sure. But are traditional stores dead? Not by a long shot.

Further, quarterly summaries in the Report can reveal trends. In fact, the Report’s two main components are (1) total sales, also with a percentage change from the previous month, and (2) total sales excluding autos and gasoline, with the percentage change. The second component excludes motor vehicle sales because they are very high-ticket items that fluctuate more than overall retail sales and excludes gasoline due to the volatile swings in oil and gas prices.

Strong retail sales prompt greater investment in retail stocks and in specific retail sectors. Because GDP generally increases with strong retail sales, investors put more money into stocks, causing a rise in the stock market in general. However, this strong performance can also be viewed warily as an indicator of inflationary risk.

If retail sales are weak, then GDP is likely to shrink. As a result, investors become concerned about future unemployment and possible recession.

The Status of Retail

Uses of the Retail Sales Report

Not only does the Retail Sales Report reflect the status of specific retail sectors (with clues to how their overall stock prices might change), but it also acts as a coincident indicator.

The Retail Sales Report also provides a glimpse of developments in unemployment. If the economy slows down or shrinks, unemployment rises, and workforce participation rates decline. If the economy shrinks, investors can also foresee a possible slowdown in the stock market or even a pending recession.

Further, the Report is a good pre-inflationary indicator. When GDP grows, inflation tends to increase. Because investors see it as a predictor of inflation, they begin to plan for possible Fed Reserve interest rate cuts (or hikes if inflation is really low).

The Federal Reserve uses interest rate adjustments to manage inflation, among other things. In simple terms, increasing the rate reduces the amount of money in the economy, thus reducing inflation.

Retail sales give investors not only a sense of the economy as a whole, but also the trends among different types of retailers. If auto sales are weakening or apparel sales are especially strong, for example, investors can spot specific investment opportunities, whether in a sector or a specific store or brand.

Further, strong retail sales can lead investors to purchase stocks of major retailers, like Walmart, Amazon, or Home Depot. But investors need to be careful and not invest without really understanding the risks – especially if they invest in a particular stock.

The vast majority of the time, investors just don’t have the time to perform the proper research and stay up to date on how particular companies or sectors are performing; so that’s usually best left to a professional.

Effects on Stocks and Bonds

The Retail Sales Report affects both the stock and bond markets. Strong retail sales are favorable for the stock market, as investors purchase more retail stocks or simply invest more because of the probable rise in the GDP. Sluggish retail sales can have the opposite effect.

Sound confusing? Well it can be because there are so many factors affecting the financial markets.

According to the annual survey by the National Retail Federation and Prosper Insights & Analytics, consumers are expected to spend a record amount of money on this year’s back-to-school shopping season.

Here are some statistics quoted directly from the survey:

The Resilience of Retail

The unprecedented COVID-19 crisis has likely forever altered the retail industry, but it’s also not as dire as the media might portray. And while the bankruptcies and job losses are heartbreaking for sure, the retail industry always manages to adapt, and the same thing is likely to happen in 2020 too.

Consumers can expect new processes for sure, as retailers adapt to new health and safety rules.

Consumers too are adapting as their shopping behavior has changed. The intersection of the changes being made by retailers and consumers are where the new definition of retail will ultimately live.

For example, restaurant dining has come to a stand- still as patrons were told to stay-at-home or they were financially strapped and had to stay-at-home. As such, restaurant owners either built or enhanced the way they deliver food (i.e., curbside pickup via technology). Pre-COVID, such a service was considered a “nice-to-have” and now it’s a “must- have.”

Think about the grocery business. Pre-COVID, e- commerce accounted for about 3% of business and post-COVID, it’s expected to reach closer to 10% by the end of the year.

One more thing to consider: today’s top retailers are household names, including Walmart, Costco, Kroger, Walgreens and Amazon. Did you know Costco was founded in the 1983? Kroger, on the other hand, was founded exactly 100 years earlier in 1883. Walgreens was founded in 1901. Almost 100 years later, in 1994, Amazon was founded.

The U.S. retail industry will be just fine. It’s the epitome of American resilience.