What It Means to be a Fiduciary 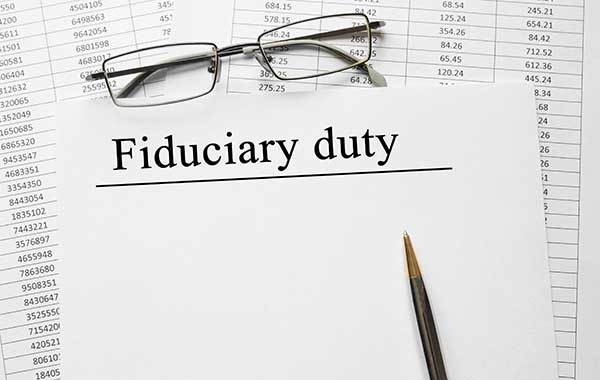 Over the past year, there has been increasing buzz in the financial industry surrounding new regulation from the Department of Labor (DOL). The “Conflict of Interest Rule” proposed by the DOL seeks to apply a “fiduciary standard” to any financial advisor who makes recommendations about clients’ retirement accounts. The ruling is expected to reshape the financial industry and drastically change the commission system that provides compensation for many advisors.

The DOL originally proposed the Conflict of Interest Rule back in 2010; however, opposition to the rule was strong enough that it was defeated in 2011. In early 2015, the DOL and President Obama proposed the rule once again. After its initial proposal, the DOL accepted 3,000 external comments on the rule, using them to fine-tune the regulation and add necessary exceptions. On April 6, 2016, the rule was finalized and went to Congress for review; the financial industry has until January 1, 2018, to be in full compliance.

What the Rule Does

The Conflict of Interest Rule places a fiduciary standard on financial advisors receiving compensation for recommendations on a client’s IRA or 401(k) (as well as some other tax-deferred accounts).

For advisors that earn commission for recommendations for retirement accounts (i.e. not paid directly by clients), the rule requires the use of the “Best Interest Contract Exemption” (BICE). The BICE guarantees an advisor will work in a client’s best interest, disclose any conflicts of interest and provide compensation structures for the financial products they recommend.

Why the Rule was Created

The motivation behind the rule was to update the Employee Retirement Income Security Act of 1974 (ERISA), which guaranteed pension managers would act in the best interest of pensioned employees. Now that 401(k)s and IRAs have replaced pensions as the standard methods of funding retirement, the DOL wants to expand ERISA so that these new accounts receive the same fiduciary protection.

The DOL believes that the previous standards allowed for conflicts of interest among advisors who personally benefit from account recommendations. By holding these advisors to a fiduciary standard, the DOL aims to stop any unethical management of clients’ retirement accounts and guarantee the quality of all retirement investment advice.

The Conflict of Interest Rule has received both praise and criticism from politicians, financial institutions and the general public. Opponents of the rule say it is unnecessary and wrongfully implies that commission-based advisors weren’t already serving clients’ interests; others have welcomed the proposal, saying it will help protect clients while officially giving advisors the credibility they deserve.

Several groups are seeking retraction or modification of the rule, which means it could undergo changes in the future. While it’s unknown what alterations will be made, the DOL had clearly intended to shape a law that is focused on clients’ best interests.

As this post is being written CNBC reports that the "Labor Department won't enforce investor protection rule after court decision."

The Labor Department's decision to put enforcement of the fiduciary rule on hold adds to the uncertainty of the measure's future.

Regardless of what happens, retirement savers should be sure to carefully vet their financial advisor and understand exactly how they are paid.

Acting as fiduciaries, at Buckeye Wealth Management, we ensure that the financial advice we provide you is objective and unbiased. Learn how we act in your best interest in this video.

At Buckeye Wealth Management, we have ALWAYS worked for your best interest operating as a fiduciary since 1999, even before it became a buzzword for regulators and investors. At Buckeye Wealth we combine our depth of investment knowledge, investment philosophy, and cutting-edge technology in order to empower fearless investing. We’ll take a quantitative approach to pinpointing your Risk Number® by going through a series of objective exercises based on actual dollar amounts. Click the button to find out your risk number and check out our blog post on Risk here.

Click here to find out your true Risk Number®